Scriptwriting: The Key to Creating Your Organization’s Next Great Video 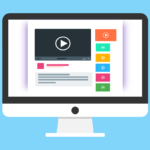 Have you ever seen an organization’s video and wondered what made it so great? Chances are, before they did any production, the video’s creators worked to write a creative, meaningful script. Video is an effective medium to communicate about a product, a service, an achievement, significant news, etc. and the scriptwriting process is the foundation of what makes a good video great.

Before jumping right into a script, you must ask yourself and your team some questions about the nature of the video project:

1.) What is the purpose of the video? Is it an informational video on a new product or concept? Is it a feature of a notable person? Are you sharing a significant achievement within your organization? This information will most likely affect the style of the script and final video, which brings us to the second question.

2.) What is the style and format of the video? Will it be interview style? Will it be a demo?  Will it be a mix of video and stills? Will it be an animated video with graphics and text? This will impact the language and tone of the script.

3.) Who will be seeing the video? This is very important because the tone, format and style of the script should be easily understood and relatable to your intended viewers.

All of these questions are important to answer before you begin your script.

When writing the script, here are three tips to best convey your message in a video script:

1.) Keep the script simple and conversational.  You will want the voiceover or the text that appears on screen to sound natural and relatable. Avoid overly complex language or jargon. Keep the overall script concise (short videos are more effective than long videos). Include personal stories, anecdotes and examples. These are enduring, relatable and make it easier to understand what you are conveying.

2.) Revise, proofread, and edit thoroughly. Less is more. Avoid the extraneous words that will render the flow of the video cumbersome. You would be surprised what you can convey in less than three words. Also be sure to ask a colleague, co-worker or unbiased editor to read drafts from a creative perspective and a proofreading perspective. Then, listen to what they are saying.

3.) Finally, do a test read. Check the timing. Have a colleague read the script, too. You may find something that initially seemed good on paper but doesn’t sound right when spoken or viewed on screen. This is the time to finely tune and finalize the script.

A script is one of the most important elements to creating an effective video, establishing the tone, the footage, and all other aspects of your video project. These factors will determine whether your video resonates strongly with your target audience, and gets them to take action.

Whether telecommuting is old hat or something you’ve been forced into as part of the COVID-19 shutdown, here are a few tips to make the experience run smoothly for both employers and employees.

Successful work-from-home strategies always begin with clearly communicated expectations. Make sure your employees have any necessary equipment, tools and resources.  Will they need to track their time? Participate in regularly scheduled meetings? Be available at certain times of day? For employees, know what you’re accountable for and clearly communicate any challenges you’re having.

Keep the lines of communication open and be accessible. Check in with employees regularly through apps like Slack, Microsoft Teams, Google Hangouts and Skype, or even an old-fashioned email or phone call. Be genuinely interested in how they’re doing but don’t overdo it. Foster a feeling of trust by not micromanaging.

While having a daily schedule is ideal, it may not always be practical right now. Make sure your people know when you need them to be available and try to offer flexibility at other times. They may be juggling school schedules as well as work schedules and working at “off-shift” times may be necessary. Be mindful of employees in different time zones as well.

For employees, try to work when you’re at your best, and not when you’re exhausted by kindergarten playtime and fourth grade math. Make sure people know if you will be unavailable at certain times.

Getting up and moving clears the head and helps with creativity and problem-solving. Whether it’s a walk around the block or a break for lunch, make time to get away from your desk throughout the day.

Working from home does not mean being available 24/7. Set an actual end to the workday if possible. Don’t send and respond to messages at all hours. Sign out of messaging apps and close work programs. Understand and respect these boundaries.

When setting up a home office, think about where you will have the fewest distractions – for yourself and for those who may be seeing you and your background on a video conferencing platform. Try to avoid busy spots that may include semi-clad people walking behind you, barking dogs and kids vying for your attention.

Be clear about whether you expect people to turn on their cameras during meetings. If so, be clear about how they should be dressed. During calls, mute your phone when you’re not talking to avoid background noise. Headphones can also help with call quality. When speaking, pause frequently so others can participate in the conversation.

It’s ok for managers and employees to have some down time together, which may help ward off feelings of isolation. Keep up your normal level of interaction, perhaps with a virtual coffee break or happy hour. Managers should set the tone for how casual to be. Let employees choose what they would like to share, and never pry into areas that were off-limits before.

HomeWho We AreWhat We DoWho We Work WithBlogHow to Reach Us
Copyright © 2016 MAC4 Communications, LLC.